Through numerous mergers, solid growth and consistent performance, G&C has since grown to become one of Australia’s strongest member-owned financial institutions. 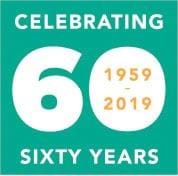 As we reflect on our journey and this incredible milestone, we say thank you to our wonderful members for your continued support and patronage. We have a proud history and an exciting future ahead. Stay tuned for more information on how you can be part of the celebrations.